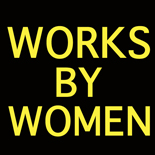 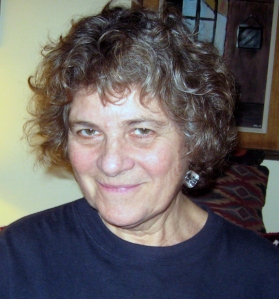 Maxine Kern has lead an extraordinary life in the theater.  She has been artistic director at Company One Theater, literary manager at New Georges and the George Street Playhouse, dramaturg in residence at New Dramatists and producing associate at McCarter Theatre. She is currently working as a dramaturg on As It Is in Heaven, 3Graces Theater Co.’s 10th Anniversary production of Arlene Hutton’s play about the Shakers.

Maxine agreed to answer some questions for Works by Women.  We learn about her life-long passion for theater, the difference between working on new work and revivals, and her hope for women in American theatre.

1) What inspired you to pursue theatre?

I’ve been involved with theater since age 9 when I started going to acting classes at The Henry Street Playhouse. After that it was a “no brainer.’ Doing theater was my happiest time. Living in my imagination and expressing myself through characters, movement and storytelling, became the natural way for me to be at every age. I did deliberately take time off from ages 13 – 15 figuring boys, nail polish and hairdos needed more attention than theater. But by age 15, I’d done enough of that stuff and returned to Henry Street to learn the techniques and philosophy of acting in a serious way.

2) When someone outside of theater asks you about being a dramaturg, how do you describe what you do?

I speak about the nature of dramaturgy as attention to the script, to the deep structure and meaning of the script and to the world of the play. I also talk about facilitating bridges between directors and playwrights in the rehearsal process. Ultimately, the dramaturg is a guardian of the deeper structure of the script from an objective point of view, and of the ongoing collaboration and creative process between many people and many visions as a script is realized. If the artists in the rehearsal room are both creative and true to the script, the dramaturg is a second eye to everyone; an advanced and informed audience member. If the artists are clashing and the creative process is thwarted, the dramaturg can be a bridge and sounding board to help keep rehearsals productive. A dramaturg is best when she is behind the scenes and supporting the artists, and when she is a step ahead of a script as it’s being written or as it’s being produced. Basically as a second eye, the dramaturg is engaging early on with the plays reception by an audience and giving attention to the structure of the storytelling during the creative process of creating a show.

3) You’re currently working on Arlene Hutton’s As It Is in Heaven, produced by 3Graces Theater Co., a company that puts a strong emphasis on dramaturgy.  What has your experience on this production been?

3 Graces Theater Co. has an ideal dramaturgy process. The dramaturg is alloted time at rehearsal to discuss the world of the play, to do “immersions” with actors within the rehearsal process, and to interact with the audience via program notes and a talkback. The unique process of “immersions” gives the cast a chance to work with the dramaturg on the deep structural aspects of their characters, of the aesthetic framework of the play and of the experiential aspects of the world of the play which can then be transferred into their rehearsal process. In As it is in Heaven I was able to interview each character discovering their voice outside the words of the script. In another “immersion” we did exercises in movement ending in song which featured the machine like coordination of the Shaker community. As the dramaturg I was also able to deepen our communal understanding and imagination of the life of each each actor making Shakerism real by asking actors to confess from their own lives in terms of a “Guide to Rules of Behavior for Young Shakers.” Finally we went to actual living spaces at The Hancock Village in Pittsfield, Massachusetts where it all became real for us as a unified group.

4) Is there a difference working on a ‘new’ play versus one that has already been produced, such as As It Is in Heaven?

The major difference working on a new script is the need for shaping and editing of the script during rehearsals and with the playwright and director each weighing in on the consequences of the changes on the production. This is where a dramaturg can be useful opening up bridges of communication.

5) What’s next on the horizon for you?

Right now I’m running two workshops for playwrights. For Women of Color Inc. I’m running a course in which 4 playwrights are both reading plays by women of color and writing plays for a Human Rights Workshop next November. I’m also running a course in Advanced Dramaturgy and Playwriting for The Negro Ensemble Theatre Company in which playwrights are studying the dramaturgy of great American playwrights; so far we’ve studied Arthur Miller, Suzan-Lori Parks and Tennessee Williams. At the same time we’re writing from the dramaturgical perspective of those playwrights. It’s an experiement in writing to expand the techniques and voice of advanced playwriting students. We plan to have readings of these scenes as an “Homage to Great American Playwrights” in August.

6) What do you think is the greatest challenge facing female theater artists?

The greatest challenge facing female artists is the prejudice we support by not unifying in advocacy of our work.

7) What gives you hope for women in American theatre?

My greatest hope for women in American theater is: creative solutions and support such as Works by Women, the several women’s theater projects that have sprung up in the last decade on the model of The Woman’s Project founded by Julia Miles, organizations like The League of Professional Theatre Women which advocate and promote women’s accomplishments, and finally an increasing publication of a canon of works by women over the centuries, which had been erased previously and can once again become a legacy for women and men producing and writing for theater today.